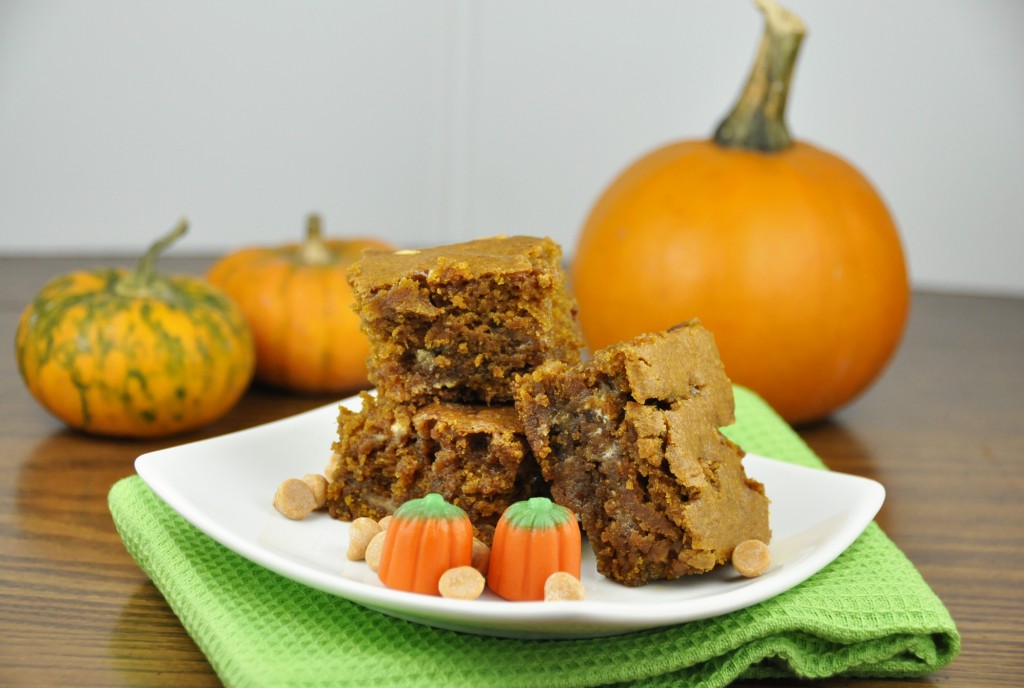 So, I have been crazy busy lately and made myself these pumpkin blondies to forget about life for a while. I’ve had tons of foodie work events and things going on. September always gets so crazy!

Eliza has also been sick. She has croup but it on the mend. I noticed a few nights ago that her breathing sounded funny and the croup sounds are pretty distinctive. It’s viral so there was not much we could do about it besides ride it out and clear out her nose as much as we could. If she would let me anywhere near her nose, that would help things!

Cold and flu season has begun. Praying Eliza and the rest of us stay healthy the rest of the season! This is only her 3rd sickness in almost 16 months so I can’t complain.

I love blondies, and I’m kind of obsessed with pumpkin desserts this year- so mixing the two just made sense.  Blondies have always held a special place in my heart because I prefer them to chocolate brownies (gasp!) and would choose them any day over the regular ol’ fudgy brownies.  I have just never been a real big chocolate person.

You knew I was weird – don’t act surprised now.  I also have a thing for pumpkin and butterscotch together, they just make the perfect couple – like in these favorite cookies of mine.

I added a couple teaspoons of baking soda to mine because there was a mistake in the original recipe I followed.  So, my blondies came out more cake-like than fudge-like, but still very dense and chewy…and still soo delicious!

I included the baking soda in the ingredients list, but if you want to you can leave it out so that your blondies will be more like “blondies” than a fluffy cake.  It’s all a matter of preference!  Personally, I was happy with the fluffy blondies.

I love this combo and it couldn’t be more perfect!  I think these need to make it on to your Thanksgiving table this year.

I gathered up my favorite blondie recipes that you will love! 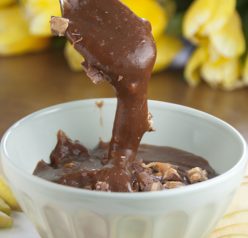 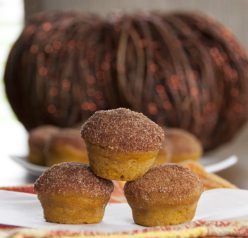 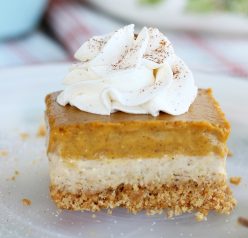