Easy Cinnamon Roll Dip is a decadent, crazy simple dessert recipe for any holiday or a sweet breakfast idea! It only takes about 15 minutes from start to finish! 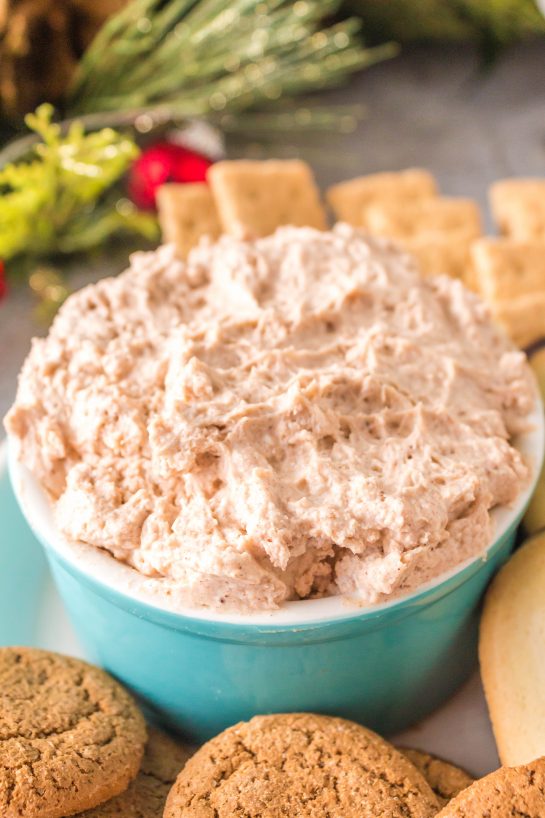 Cinnamon Roll Dip to the rescue! Let me ask you a question. Do you ever have a serious craving for delicious Cinnamon Rolls, but don’t want to go to all of the trouble of making them? Let’s be honest, they are a lot of work to make from scratch and it can be daunting. 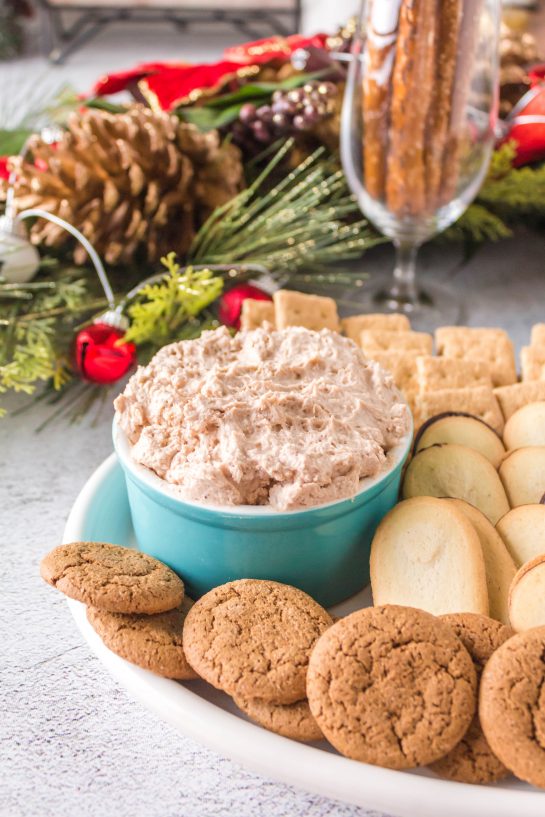 Cinnamon rolls are worth every second of the effort, but they are a big time commitment. I have whipped up a quick and easy recipe for a Cinnamon Roll Dip that will take you all of 10 minutes to prepare. With the holidays upon us, everyone loves the smell of cinnamon rolls and this recipe will have everyone excited. 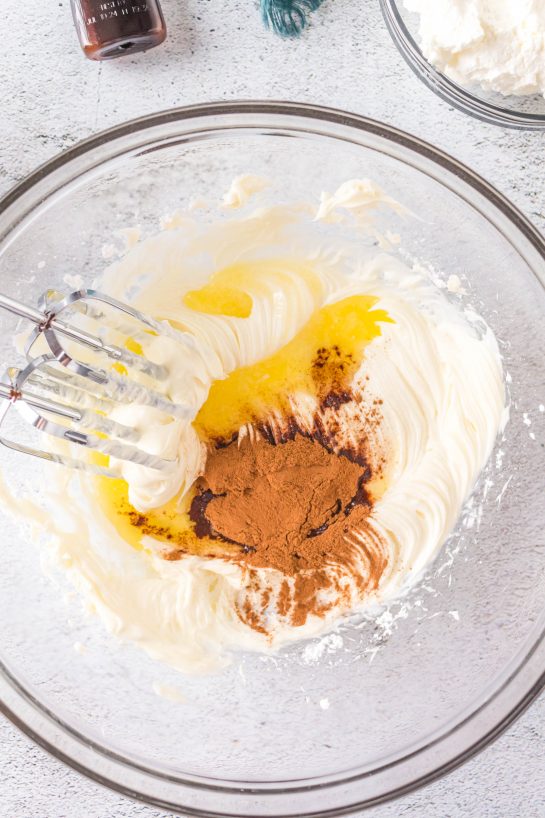 You won’t be able to NOT keep going back for more of this Cinnamon Roll Dip! I guarantee if you like cinnamon rolls, you will DIE when you eat this. This dip is SO amazing. Since this has a cinnamon roll taste, it’s perfectly acceptable for breakfast. 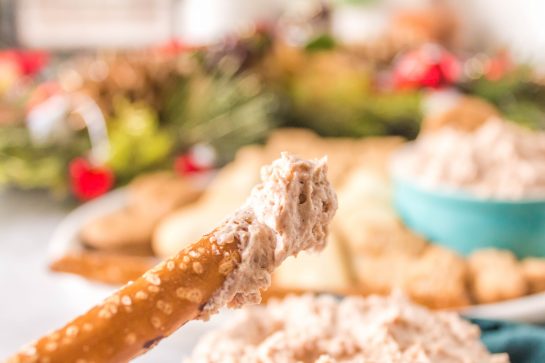 You may be asking what you are supposed to dip in the cinnamon roll dip? You can feel free to dip anything you like! I like to use graham crackers, apples, pretzels, animal crackers, or whatever you want! I’ve tried it with strawberries, as well. For wintertime, I feel that graham crackers work the best. I also love to serve it with Ginger Snaps. 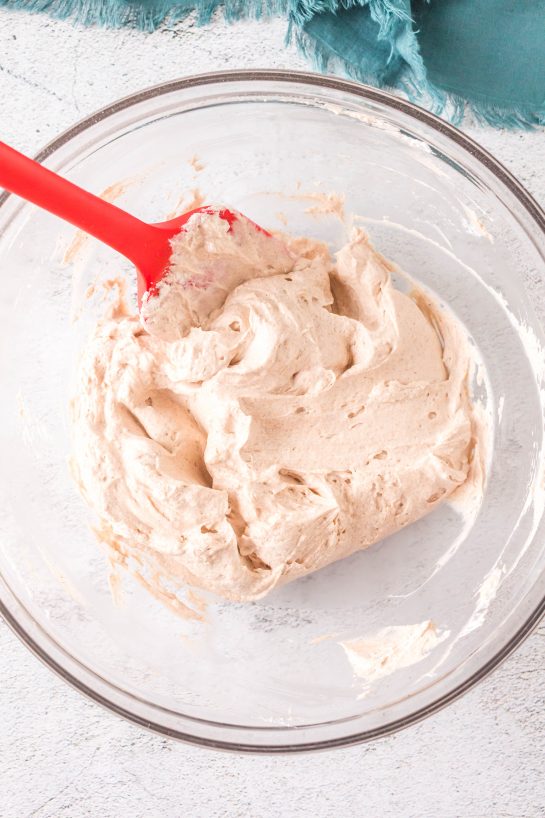 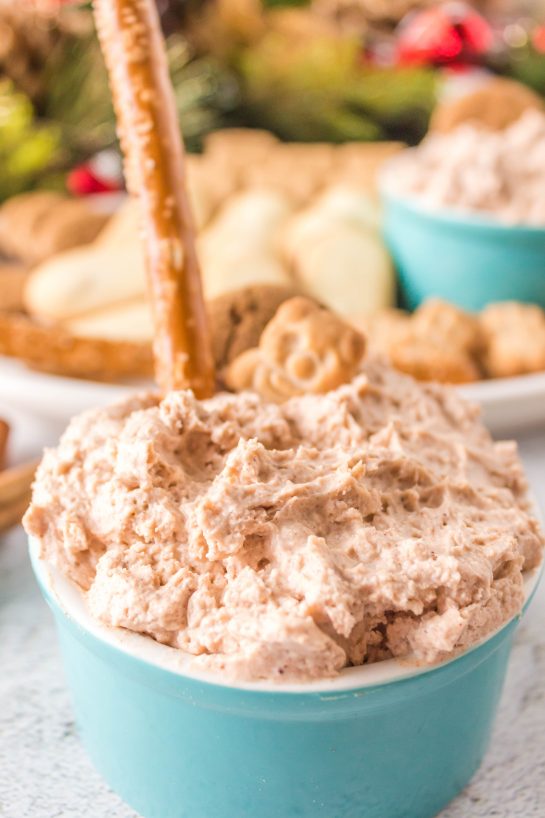 Serve this amazing dip to hungry teenagers, your Christmas or Christmas Eve company, church pot lucks, work parties, or New Year’s Eve! I cannot ever get enough of dessert dips. They are some of my favorite treats of the entire year!

Perfect Cinnamon Roll Dip is waiting for you! This isn’t specifically a holiday dessert and you can serve this up for any occasion or just a family movie night. Enjoy! 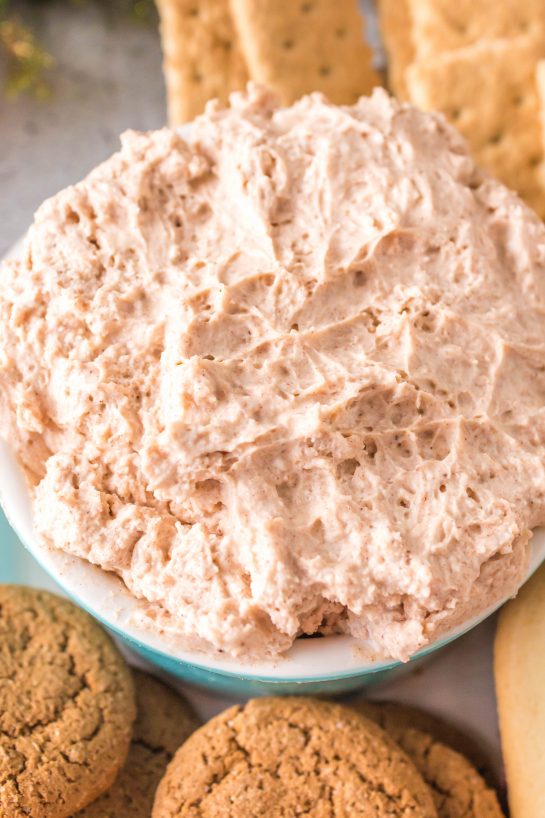 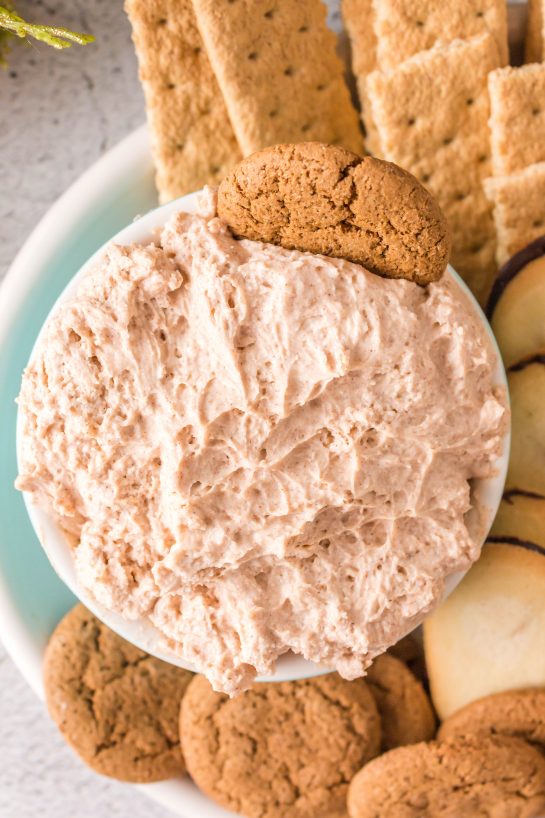 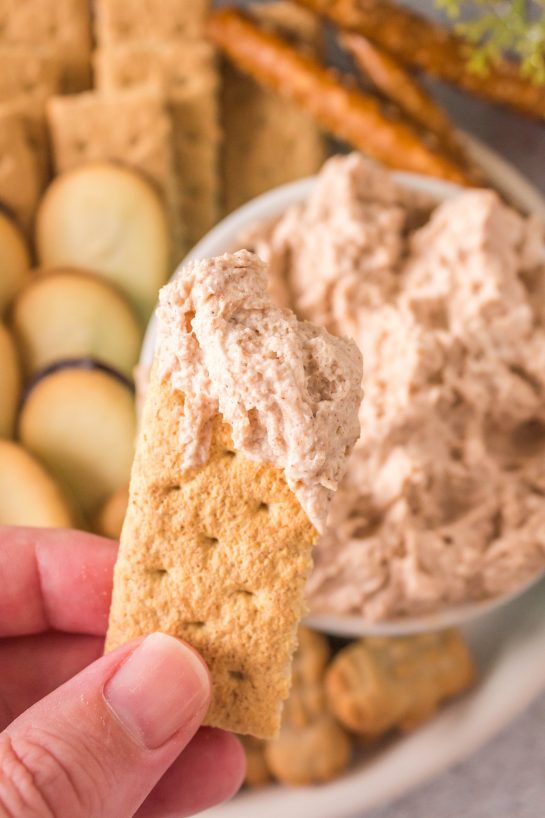 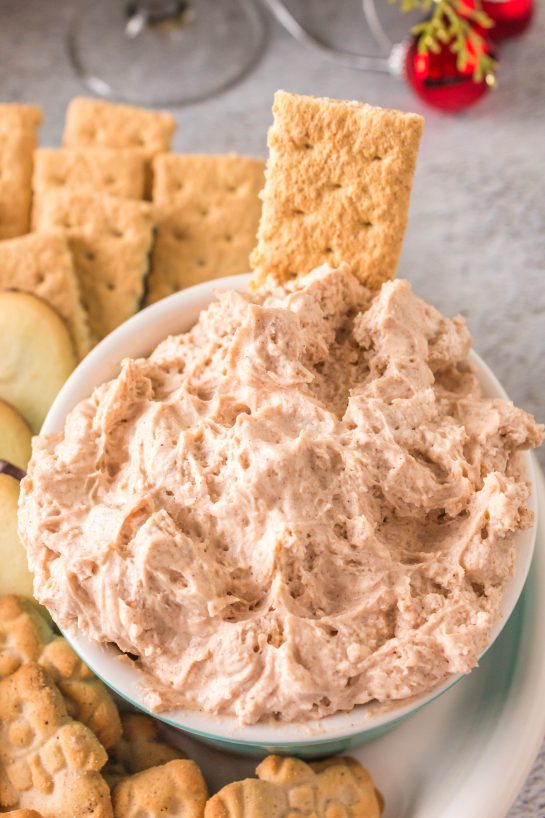 If you are a lover of all things cinnamon rolls, don’t forget to take a look at my other Cinnamon Roll Recipes to try: 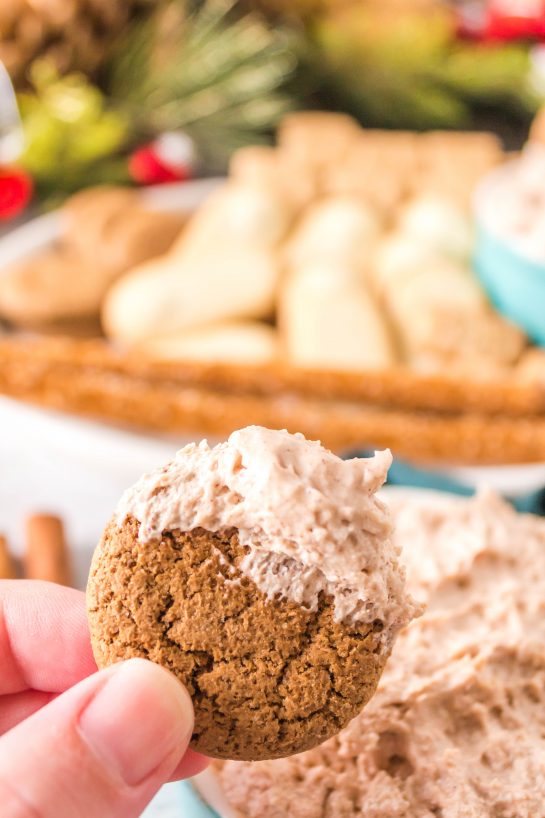 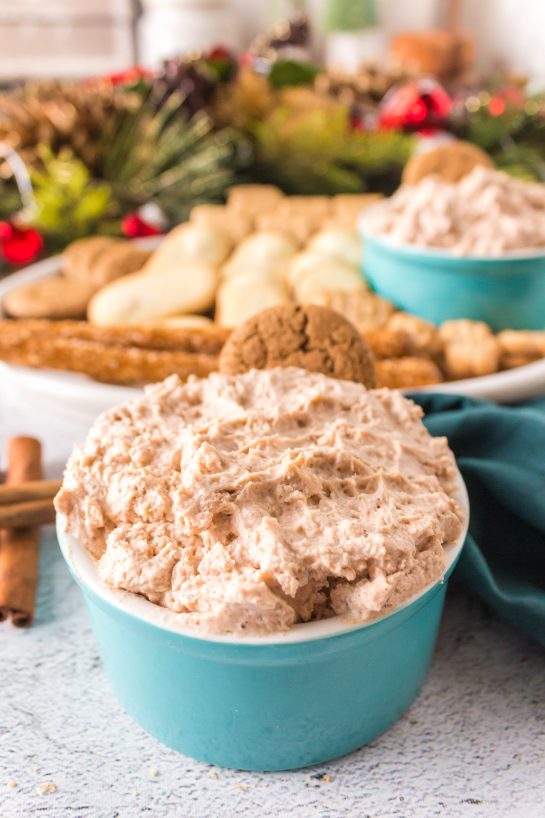 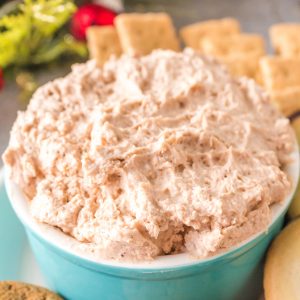 *NOTE* Why using a hand mixer? By using a hand mixer, you incorporate air in the mixture to make it nice and fluffy. If you do not have a hand mixer, a stand-up mixer or a whisk can work just as well. !BAKER’S NOTES:   !*NOTE* Yes, 1 cup of heavy cream leads to 1 ½ cup of whipped cream.
Tried this recipe?Let us know how it was! 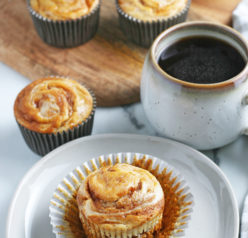 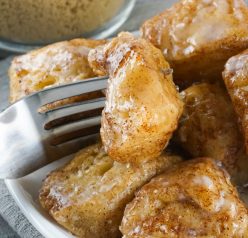 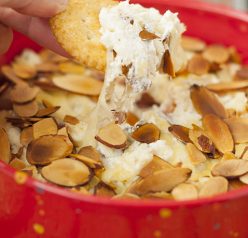