Forget the homemade pie crust and get all the flavors of fall in a quick & easy cinnamon apple pie bread recipe with brown sugar and cinnamon topping that’s as sweet as apple pie! 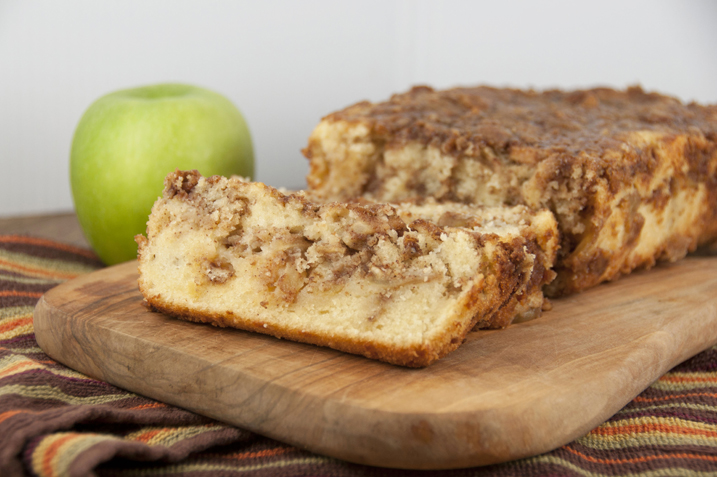 I have to admit that I definitely mourn the end of summer’s blueberries, strawberries and peaches, but the end of summer and beginning of the fall season is a lot easier to swallow given the plethora of fresh apple dessert recipes.  I love this Cinnamon Apple Pie Bread.

I’m normally more of a berry person when it comes to fruit, but this season I’m going to teach myself to love apples just as much. Why am I weird and don’t love apples?

I began my apple phase by baking this cinnamon apple pie bread from a recipe I had written down from a while back in my trusty recipe book.  It has all the flavors of an apple pie, but in the form of a bread. Anyone else a bigger fan of dessert bread than pie?

I’m all about the warm and cozy taste and texture of apple pie, but I’m having fun reworking those flavors into other desserts. You might also love this Fresh Apple Pie Dip!

I ate at least one slice of this bread for breakfast, dessert, and for a snack.  I just couldn’t get enough of it and it’s suitable to eat at any time of the day, kind of like my Apple Cider Cupcakes.

It got my wheels turning on everything I can do with it the next time I make it. How about some apple bread french toast, anyone? I’m also loving these Dutch Apple Pie Cheesecake Bars from my friend Trish. 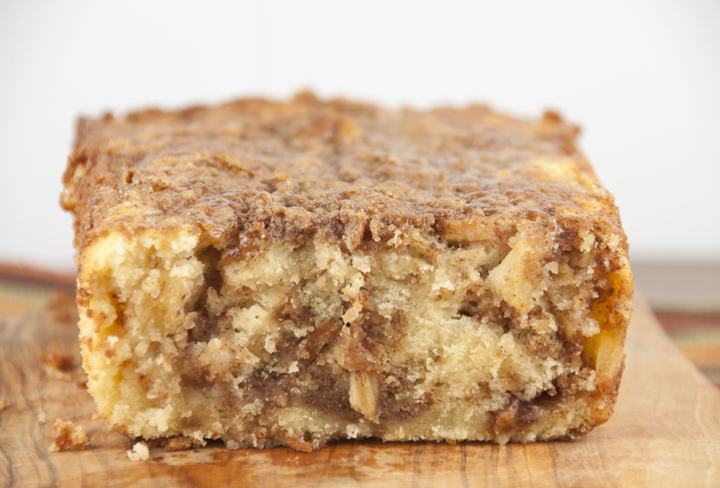 This is a fantastically moist bread that I can see being perfect to start a day of apple picking or Thanksgiving morning.  The scent in my house was heavenly while this was baking, as you can imagine.  I loved the texture change that came from dicing the apples as opposed to shredding them as a lot of recipes call for.

Yup, this Cinnamon Apple Pie Bread is the stuff my fall dreams are made of, my friends.  Bring on the apples, pumpkins and array of browns and orange.

Be sure to check out my step-by-step video above on how to make this Cinnamon Apple Pie Bread. It’s so easy!


4.9 from 108 reviews
Print
Cinnamon Apple Pie Bread
Author: Ashley
Recipe type: Dessert
Cuisine: American
Cook time:  30 mins
Total time:  30 mins
Serves: 8
Forget the pie crust and get all the flavors of fall in a quick and easy bread with brown sugar and cinnamon topping that’s as sweet as apple pie.
Ingredients
Instructions
Tip: If you notice it getting too brown on the top, cover it loosely with tin foil and continue baking until the inside is done. Enjoy!
3.5.3226 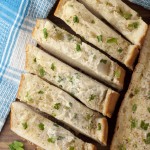 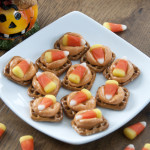 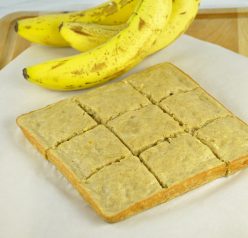