Easy Crock Pot Cinnamon Bun French Toast has all the flavors of gourmet cinnamon rolls without all of the hard work! This is the perfect Christmas morning recipe for the busy holiday mornings! 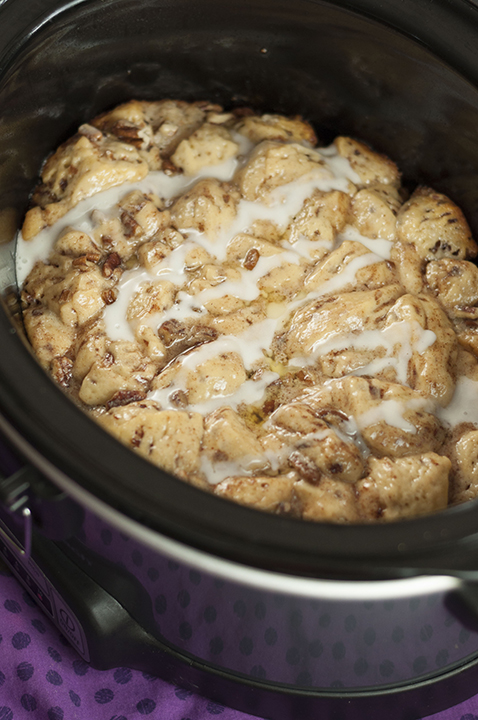 I am so excited to share this easy holiday recipe, Cinnamon Bun French Toast, with you today. In the event that you’re looking for a simple, make-ahead, no fuss, and completely indulgent brunch recipe for Christmas morning (or any weekend morning, it doesn’t have to be a holiday), I took care of it for you. I made something similar and shared it on the blog last December (this Crock Pot Cinnamon Bun Casserole).

That recipe was SO popular and went absolutely crazy for the entire holiday season. I had no choice but to make a similar, and possibly even better, version of that deliciousness. This Crock Pot Cinnamon Bun French Toast would not only be perfect for the holidays, but a great recipe for breakfast any time of the year when you don’t want to turn on your oven! 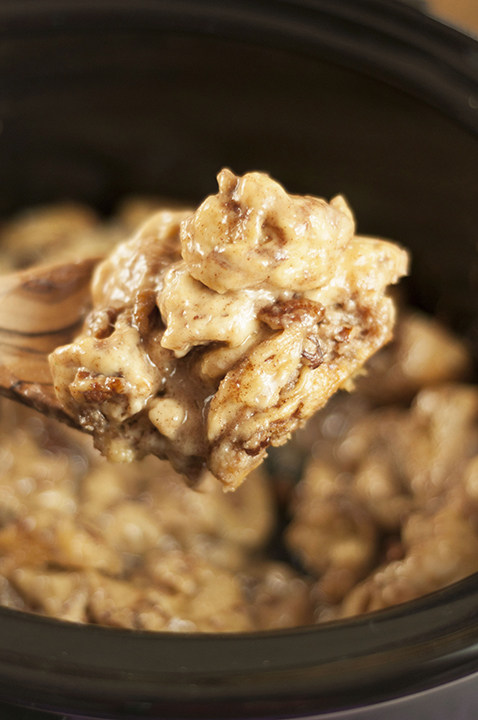 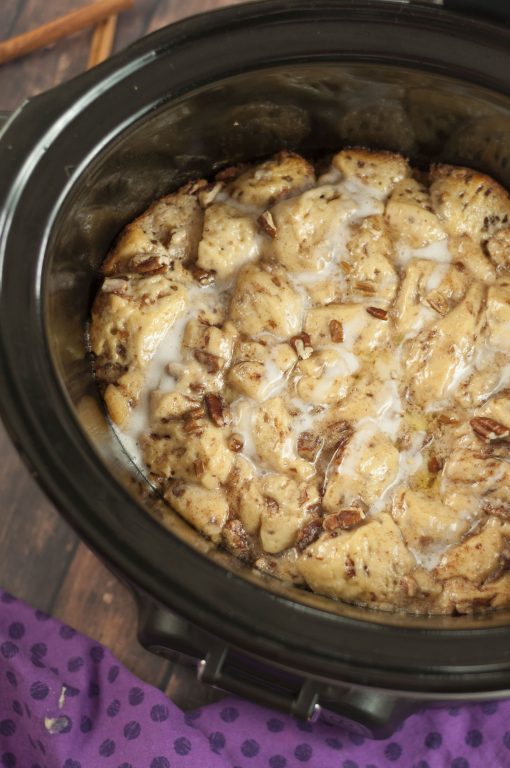 I added chopped pecans to this Crock Pot Cinnamon Bun French Toast to switch things up a little. I also changed up the spices and used vanilla Greek yogurt. It was perfect! I love using my crock pot for quick and easy holiday recipes.

You do not even need to worry about watching the oven and can just enjoy more time with your family while the slow cooker does all the work for you. If you’re totally into cinnamon rolls like I am, you should try this Cinnamon Roll Cake. I won’t judge you if you eat it for breakfast – it’s unbelievable! 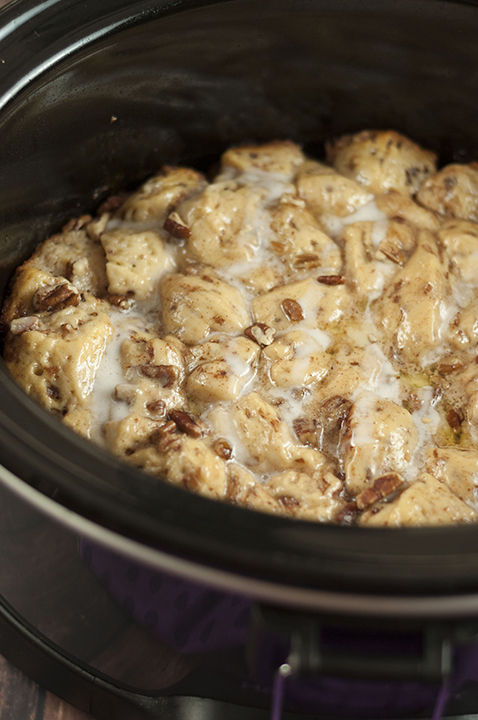 Here is my “how to” video with step-by-step instructions on how to make this Crock Pot Cinnamon Bun French Toast! 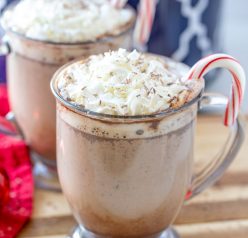 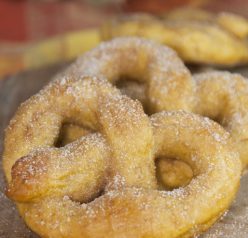 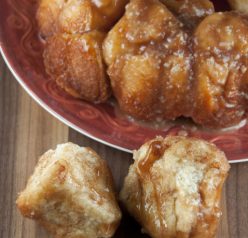