I love it when people jokingly refer to me as some “expert cook” or “master chef” or something like that.  It’s comical, really.  I am so far…..SO FAR…. from that it’s not even funny!  All I am is someone who is willing to try new recipes, enjoys being in the kitchen for the mere challenge of it all,  and fails very often at my attempts.  Please forgive these embarrassing photos, but my mood was ANGER and FRUSTRATION at the time while snapping these pictures with my cell phone. There may have even been some tears shed in some instances (I know..it’s not like me to cry over food…haha).  I was in no way, shape or form going to bother getting out the good camera just to take a decent picture of these complete and utter disasters in my kitchen. 🙂 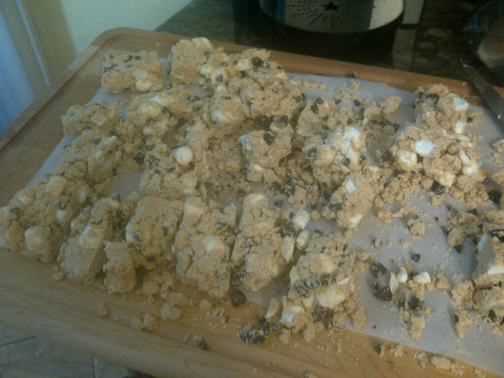 This one I’m still not even sure what went wrong. It was supposed to be Avalanche Bark and was a dry, crumbly mess when I went to cut into it.  Only the middle pieces remotely held together.  I followed the recipe verbatim, checked it twice, I did it all.  Other people had reviewed the recipe and seem to have had success.  This one is an unsolved kitchen disaster mystery.  Do I dare try it again? 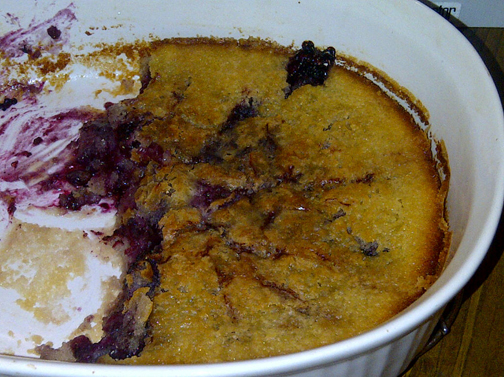 I like to blame this failed Blackberry Cobbler on my oven in my old apartment that I swear was from the stone age.  This had self-rising flour in it…..it did not do any self-rising, however.  In fact, all it did was turn into a nasty spongy texture on top.  It also tasted rubbery.  We still ate it, of course.  I attempted this again in my oven in my new house (one from this century) and it came out fine.  For once, a mistake that wasn’t my own stupidity! 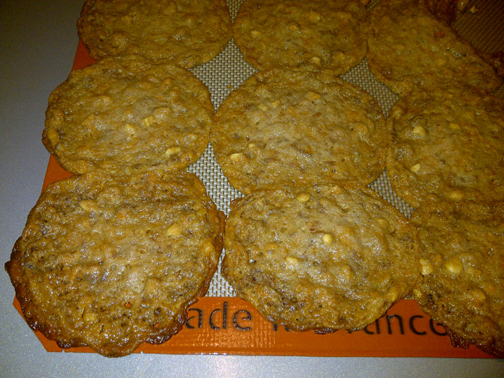 You know that part of the directions of a recipe where it says “now add dry ingredients to wet ingredients?”  Yeah, I failed to do that.  Minor hiccup, I would say 🙂  You would think I would have caught on that the dough was completely wet and sticky and not coming together at all……nope!  Not sure where my brain was that day but it was in a far away land. 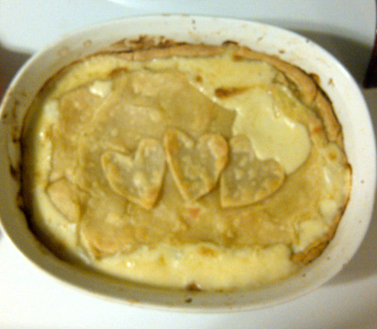 Let’s also blame this one on my old oven which decided on it’s own what temperature it wanted to be at any point in time……forget what I set it at!  Anything that needed to rise or puff up in the oven did not rise or puff up!  Hence, the gravy seeping through and causing a soggy chicken pot pie crust.  It’s too bad, because it would have been so pretty with the hearts, don’t you think? 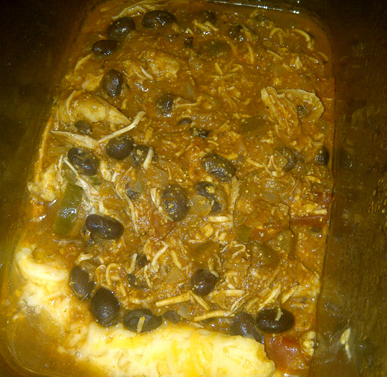 OK, this was totally my bad.  Mr. Wishes likes to point out to me that I am really bad at multi-tasking.  Once I stop completely focusing on what I’m doing, disasters emerge.  This was me not focusing on the recipe that specifically said “drain the liquid from the vegetables”.  What was supposed to be enchilada pie was enchilada soup in the end.  It still tasted good if that counts for anything!  Ew, this looks so nasty the more I look at it… 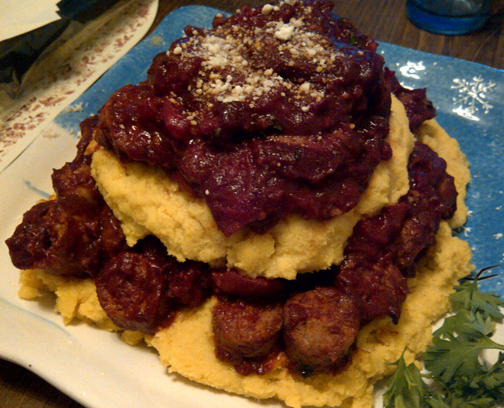 I have NO idea what the heck this was supposed to be but Mr. Wishes walked in the door and his exact words were “What the heck is that?!”  Not only did it look scary and unappetizing, but the polenta tasted like cardboard and this whole meal was inedible.  I have yet to give polenta another try.  I don’t dare. 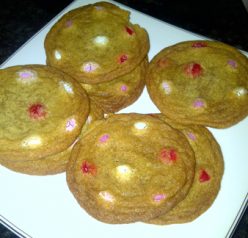