This dessert recipe for Chocolate Eclair Cake, also called “Moon Cake”, is your favorite oblong French pastry made into a delicious cake! 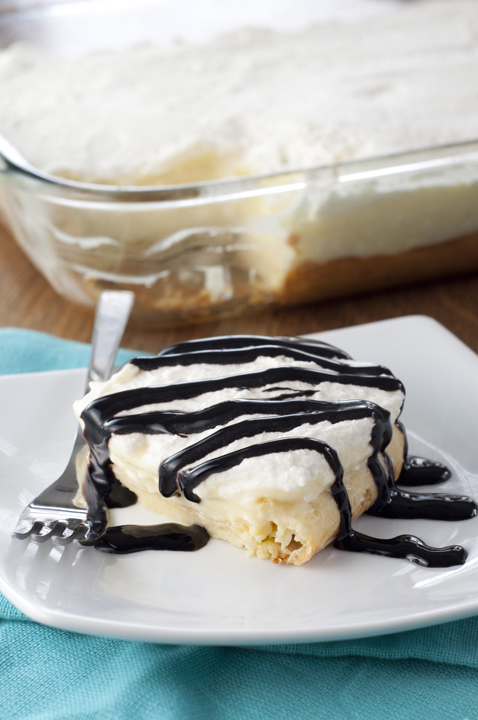 Happy a few days premature 4th of July, everyone!  I seriously have the best dessert for you today and it’s this Chocolate Eclair cake.
You absolutely have to make for the festivities, picnics, BBQ’s, whatever it may be that you are doing this weekend.  You can also just bake it up to eat all by yourself on a “special” occasion…that is perfectly acceptable (as long as you don’t tell anyone). 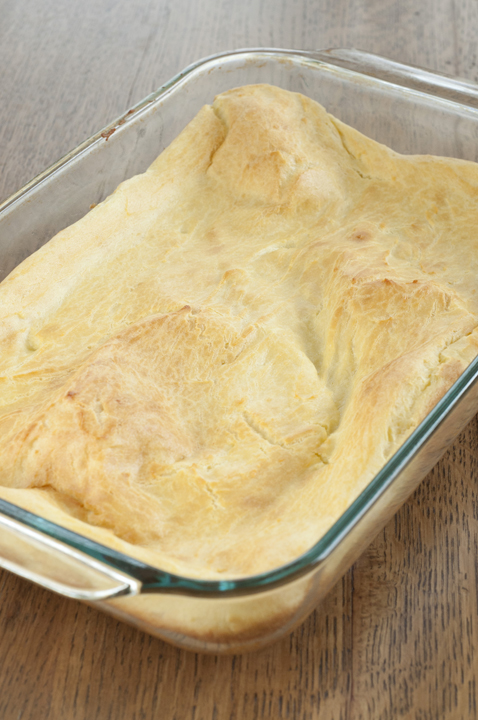 Have you ever wished to have the great flavors of an éclair in perfect cake form?  Well, this Chocolate Eclair Cake has a cream puff crust for the base, vanilla cream cheese layer, homemade whipped cream, and a chocolate drizzle to top it all off.

I LOVED LOVED LOVED this dessert!  I served it to several dinner guests who also shared the same sentiment.  It’s THAT good, people. 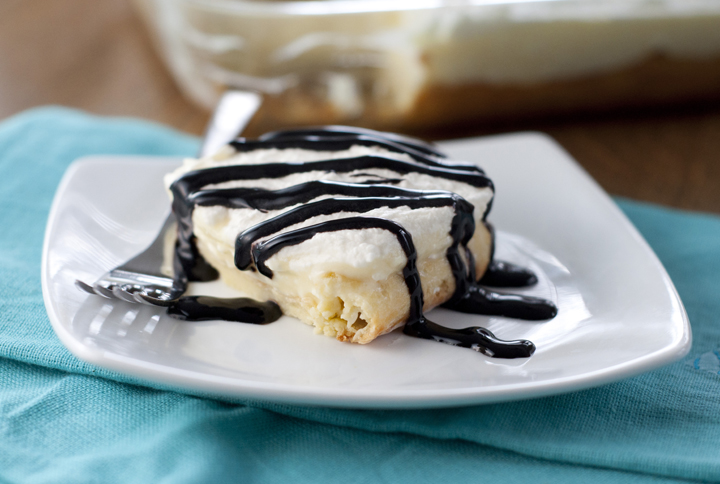 The crust is the same as any eclair base which is an eggy non-sweet crust – so don’t expect it to be all sugary and sweet tasting.  The dough is wet before you bake it.
It also looks all cool and funky once you pull it out of the oven – this is normal and why it’s also called “moon cake” by some people because of the bumpy surface.  It does “calm down” a little as it cools.  It’s not supposed to be a flat crust like you may be used to.  It definitely has some texture to it! 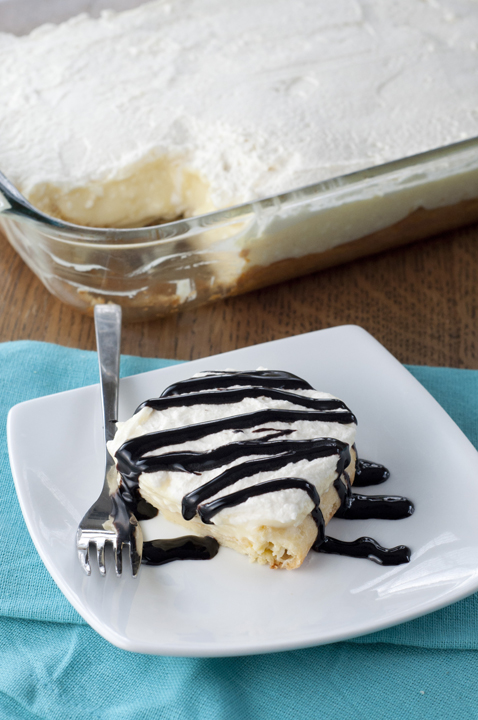 You can make this even easier with less steps if you use Cool Whip instead of homemade whipped cream (but I recommend the homemade) and Hershey’s syrup instead of the chocolate sauce from scratch.  If you do choose one or the other I’d definitely recommend making the whipped cream from scratch!
So, plain and simple, you must make this chocolate eclair cake.  It tastes like an actual eclair from a bakery.  Try it and be amazed.  You can also visit my collection of 4th of July recipes if you’re looking for ideas.
Foodie lesson of the day:  The word comes from French éclair ‘flash of lightning’, so named because it is eaten quickly (in a flash).  Very fitting for this cake!
Print
Chocolate Eclair Cake
Author: Ashley
Recipe type: dessert
Cuisine: French
Prep time:  30 mins
Cook time:  25 mins
Total time:  55 mins
Serves: 12
Ingredients
Instructions
3.2.2925 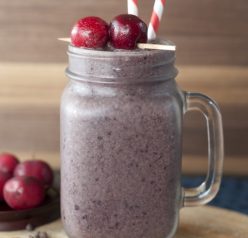 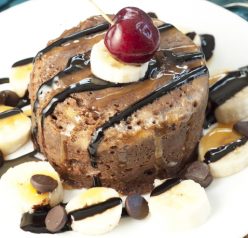 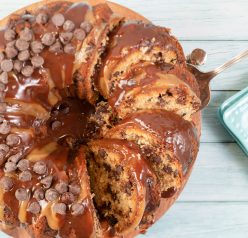