Peanut Butter Buttercream Frosting that is sturdy, fast, easy to whip up and perfect for any cakes, cupcakes, or to spread on cookies.

Good morning, Chicago! Boy, do I have quite the dramatic story for you today.  I’m in Chicago for the first time with Mr. Wishes for a business trip.  He brings me along on his work trips since I work from home – it’s really nice to be able to do that and I get to see new cities and new places in the meantime.

The trip started out on a bad note and left a bad taste in my mouth regarding Chicago.  First, we went to pick up our luggage after getting off the plane and received a notification that our luggage wandered on to the wrong plane and was headed for Newark.  We have had the worst luck with airlines losing our bags lately!  It’s always on direct flights where you think it would be easy to just get it on the right plane and send it straight on to the next city.  We ended up getting it sent to us in the early morning hours the next day.  Second, we hopped on the train after leaving the airport and I literally had my wallet stolen in the first 10 minutes of “experiencing” Chicago.  Only because it’s a crazy story I feel like I have to tell a summary of it.

The train was set up so it had rows of seats and there were two seats in each row.  I sat directly behind Mr. Wishes in my own row because we had our carry-on bags from the plane with us and they took up a lot of space.  I plopped my big bag and purse down on the seat next to me.  There were two young women who got on the train at the first stop and sat behind me.  They were maybe in their late teens.

A few minutes after they sat, one got up and stood beside me.  She had a huge smile and a friendly face and asked me for directions on how to get somewhere in Chicago. Mr. Wishes turned around and proceeded to give her directions after looking it up on his phone.  I was watching his phone in front of me as he was searching for the directions to tell this girl.  She smiled sweetly and thanked us and sat back down behind me.

I did not suspect anything because nothing seemed unusual or suspicious to me.  People ask for directions all of the time on the trains when we travel.  My engineer, analytical husband, meanwhile, had a million thoughts going through his head.  He thought it was strange that two girls who got on the train in a neighborhood (not coming from the airport) were “lost” as he assumed they were locals.  Then he wondered why this girl would ask US for directions when we clearly had bags with us which normally would indicate that someone is a tourist.

He also remembered that I had my bag next to me on the seat and turned around and looked at it quickly to see that it was open on top (I didn’t have it zipped because it was so full of stuff).  He proceeded to send me a text message so that he wouldn’t have to say anything out loud to me where the girls would hear and know he suspected something.

The text said something like this: “I don’t think anything is up, but you may want to keep an eye on your bag and purse next to you.  It’s weird they asked me for directions.  Just make sure it wasn’t a distraction while they took anything.”  Sure enough, I looked next to me and didn’t see my wallet where I knew it had been sitting close to the top of my purse when I had sat down on the train.  Panic stricken, I frantically searched for about 10 seconds in my bags and on the floor and seat around me.  It was gone!  I told Mr. Wishes right away that he was right – the one girl took my wallet while the other had distracted us by asking us for directions.

I turned around and asked them if they had seen a wallet and they said “no”.  I said can you open your backpack and show me so I can see if it’s in there.  She refused to and started telling me off.

Mr. Wishes got up and took control demanding that they open their bag and told her he knew she had it.  She opened it a tiny crack and said, “See – it’s not in here.”  He took her bag and unzipped it and the wallet was indeed in her bag.  He handed it to me and I made sure everything was still in there.  In my very soft-spoken way, because that’s my personality and because I was very shocked and scared, I told her I couldn’t believe she did that and asked her what else she took.

I checked to make sure nothing else was missing.  I told her I was going to call the cops and Mr. Wishes proceeded to do so and report the crime.  The girl who had the wallet proceeded to cuss at me and threaten to beat me up first next time and then steal my wallet.  My heart was pounding, but I grinned and kept looking out the window as she ran her mouth and threatened me.  She was mad she got caught and tried making me feel like I did something wrong by asking for my wallet back.

They got off the train at the next stop before the cops could have time to arrive and took a bowl of fruit salad they had with them and threw it at us as they got off the train.  The fruit went all over us and the people sitting around us.  Hey, at least that gave us a little bit of a chuckle.  I was very thankful to have my wallet back because I know most people do not get that lucky.

Those girls could have easily gotten off the train before we noticed it was gone.  Mr. Wishes was my hero!  What a hassle that would have been to try to replace all that I had inside it.  I wouldn’t have had my license, credit cards, etc. for the remainder of the trip.

Chicago has chewed me up and spit me out.  Honestly though, the trip has been fun ever since and I have had the chance to explore some good restaurants and popular tourist spots.

I’ll tell you more of the good stories in another post because I probably already lost you, but Chicago totally redeemed itself.  We even went to the Navy Pier yesterday and rode the Ferris wheel!  It was 25 degrees, but hey, “when in Chicago….” 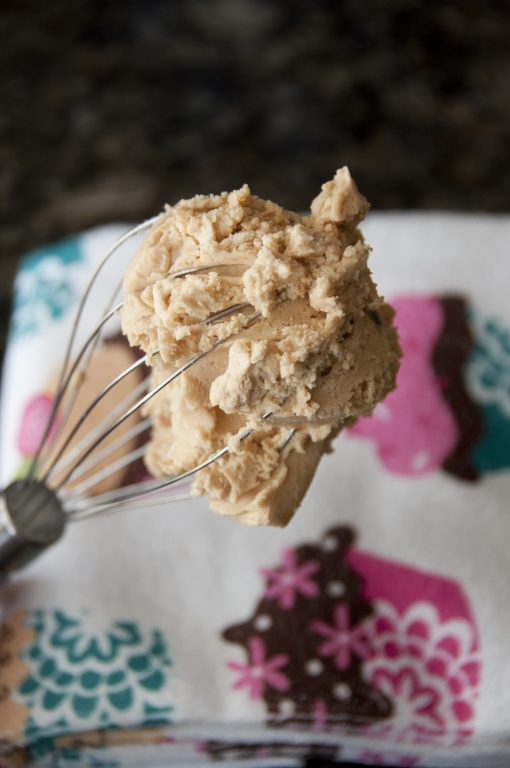 I used this delicious frosting for my Peanut Butter and Jelly Cookie Cups a while back and I knew right away that it deserved it’s own blog post.  This peanut butter buttercream frosting has a smooth, spreadable, creamy texture. It’s flavor is sweet and buttery. It is so good that you will want to eat it with a spoon.  It can be used on cakes, cupcakes, or spread on cookies.

Baking lesson of the day:  buttercream frosting starts by whipping the fats – either just butter or a combination of butter and shortening – until light and fluffy. Milk or cream is added to moisten the fats and sifted powdered sugar is slowly added until the buttercream reaches the desired consistency. It can be piped and holds it’s shape well because it has a pretty thick consistency.  It also holds up well to higher temperatures compared to whipped cream frosting as a slight crust forms over its soft interior.

This peanut butter buttercream frosting stays fresh in the refrigerator in an airtight container for about two weeks.  Once on a cake, it can sit in a room temperature environment, covered, but must be eaten with two to three days. 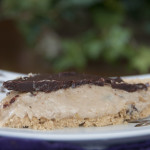 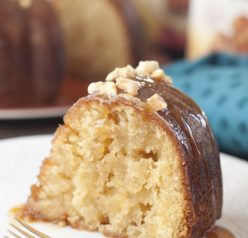 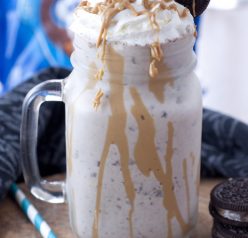